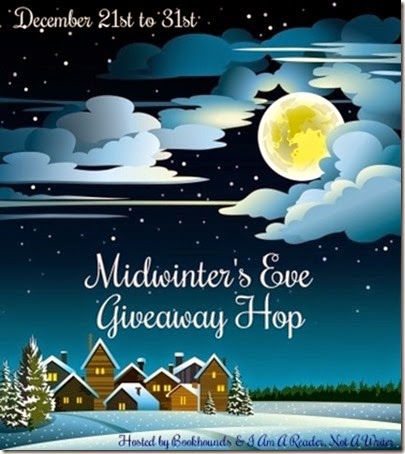 Greetings and salutations, my fellow book-lovers!  It's time for another blog giveaway! (pause for cheering)

I've got several goodies up for grabs on this hop!  First up are 3 copies of Darkfever by Karen Marie Moning.  If you like paranormal, urban fantasy romance, this is a series for you!  Darkfever is the first book in the series, so you haven't missed anything if you start with this one.  Here's the back cover blurb: 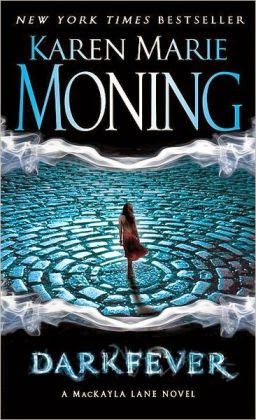 MacKayla Lane’s life is good. She has great friends, a decent job, and a car that breaks down only every other week or so. In other words, she’s your perfectly ordinary twenty-first-century woman. Or so she thinks…until something extraordinary happens.

When her sister is murdered, leaving a single clue to her death–a cryptic message on Mac’s cell phone–Mac journeys to Ireland in search of answers. The quest to find her sister’s killer draws her into a shadowy realm where nothing is as it seems, where good and evil wear the same treacherously seductive mask. She is soon faced with an even greater challenge: staying alive long enough to learn how to handle a power she had no idea she possessed–a gift that allows her to see beyond the world of man, into the dangerous realm of the Fae….
As Mac delves deeper into the mystery of her sister’s death, her every move is shadowed by the dark, mysterious Jericho, a man with no past and only mockery for a future. As she begins to close in on the truth, the ruthless Vlane–an alpha Fae who makes sex an addiction for human women–closes in on her. And as the boundary between worlds begins to crumble, Mac’s true mission becomes clear: find the elusive Sinsar Dubh before someone else claims the all-powerful Dark Book–because whoever gets to it first holds nothing less than complete control of the very fabric of both worlds in their hands….

If you're in the mood for a romantic suspense with a holiday theme, I also have 3 copies of my December release, LETHAL LIES, up for grabs! 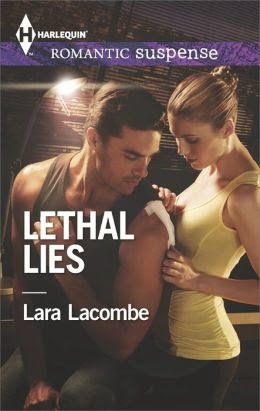 Trusting the man she loves could cost her her life

Putting her faith in someone who lies for a living isn't the safest thing Dr. Jillian Mahoney has ever done. But to stay alive, she has to believe the undercover agent—who's kidnapped her to prove his innocence—isn't a traitor to the FBI. And to help him, she must deny their intense attraction as they run from two vengeful killers.
Her captor, Alex Malcom, has lived a life of lies—some worse than others. Still, there's one truth he's reluctant to disclose to Jillian, the woman of his dreams. One that could stop their relationship cold.

You have until midnight, January 1 to enter.  US only please.  In the meantime, Happy Holidays!  And be sure to check out the other blogs participating in this hop!